Who Started it All

Allen started this journey in high school cleaning the local butcher shop. As he went off to college at, Oregon State University, his roots remained in the small community of Harrisburg. From cleaning to learning to cut meat the passion grew.

Allen bought his first slaughter rig and there he found his calling! He ran his own slaughter rig being hired out by local meat shops, such as Harrisburg Lockers. In this time he built a great reputation for himself. The work ethic Allen has easily shows through, his equipment is well taken care of, he’s very quick, and always leaves things nicer then he found them! Allen’s relationship with customers was natural, he’s friendly and fun to be around. This eventually lead to purchasing his very own meat shop in 1984. Farmers Helper would be the name, Allen says he picked that because helping was what he does and it was easy to remember. 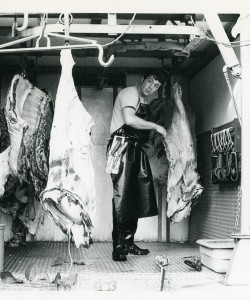 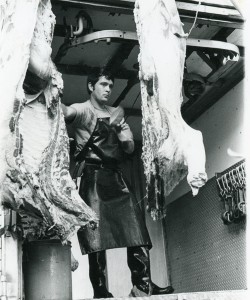 Allen then continued to run the slaughter rig a few days a week and cut meat the remaining days of the week. Through honesty, hard work, and pride Farmers Helper grew! It made it to the point Allen had a fully functioning crew and he focused his time on the slaughter rig. From there he oversaw the shop and had more time to do upgrades and improvements to the business.

Also in the midst of the years and all the hours spent growing a business, so did his family.  Allen has three girls, Amanda, Lacey, and Lindsey, and a son, Colt. He also has four grandchildren, Cole, Parker, Clyde, and Nolah. Allen enjoyed (and never missed) watching his kids play sports and do 4-H. Now him and his wife, Karen, spoil a cocker spaniel named Sue to pieces.

Allen is finally slowing down he’s turned the majority of the business operations over to his youngest daughter, and the reins of the slaughter rig to his son. Allen is spending time traveling with wife, Karen, and a lot more time fishing! But when you’ve poured a lifetime into a business, for Allen it’s impossible to allow a day to go by he doesn’t at least call to check in. 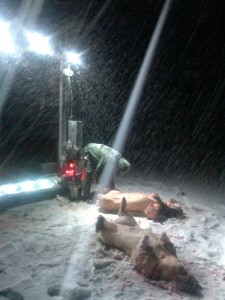 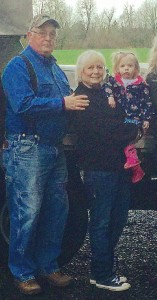